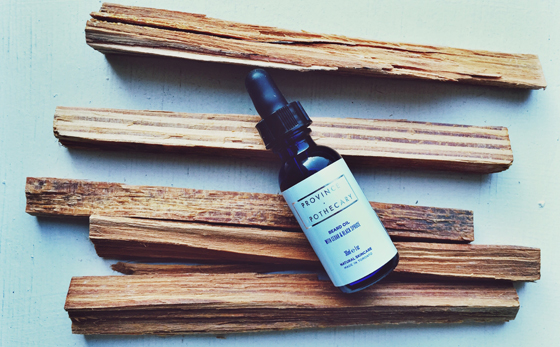 Y’know what we’ve never done on this here blog? Featured products for dudes.

UNTIL TODAY. One small step for Unsullied, one giant leap for…OK, maybe not mankind, but we’re feeling pretty good about it.

Natural skincare, soap and personal care products are not gender-specific. Everyone benefits from using products that are cleaner, healthier and holistic…and free of irritating chemicals and ingredients that do not serve our health. But since Kathryne and I are both, y’know, females, our product reviews naturally have a perpetually womanly perspective. Shucks.

We’ve been talking about getting a male viewpoint on the blog for a while now. With the recent close of No Shave November, the rustic autumn season and the recent popularity of the term “lumbersexual“…we knew we had to start with (drumroll, please) beard oil.

Beard oil also makes a choice selection for the blog because, unlike the vast majority of personal care products out there, it’s a traditionally natural product. Most beard oils are chock full of nourishing oils like jojoba, argan, grape seed, etc., and natural scents. Yeahhh! Plus, it just so happens we liaise with a very beardly dude who has been on the prowl for a solid beard oil for some time now, and he kindly agreed to share his POV for this very blog entry. The fates aligned for this post, my friends.

Today we’re featuring our guy JW. He’s been sporting a beard for the better part of this year, but wasn’t regularly using beard oil…until now. The elixir at hand? Province Apothecary’s Beard Oil ($36 for 30 ml) from Canada, Land of Beards. 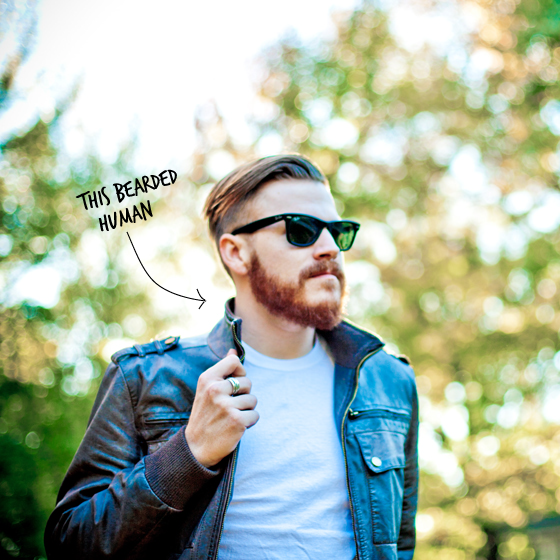 We’d been chatting about beard oil on Twitter (y’know, as people do, totally normal…) in October, and Province Apothecary very kindly offered to send us a bottle for JW to test drive. Lucky for us, we had been coveting this brand’s snazzy blue bottle (it’s dual purpose: looks cool and protects the integrity of the oils) and equally laudable natural ingredients. It came highly recommended by our gal Sonja (beard aficionada, fellow Jon Snow disciple) from Life in Blush. Beard oil is pretty much leave-in conditioner for beards. Province Apothecary’s packs in sunflower oil, jojoba seed oil, grape seed oil, evening primrose oil and GMO-free vitamin E. Combined, they hydrate, reduce itchiness and blemishes, and give beards a healthy shine. On top of that, black spruce is supposed to stimulate hair growth and strengthen the beard, while lavender calms the skin. Therapeutic oils of bergamot, cedar wood and vetiver also make this beard oil smell pretty dreamy.

One of the first things that we learned about Province Apothecary’s Beard Oil is that it’s all about the scent. The “wildcrafted Canadian beauty” line’s founder, Julie Clark, told us on Twitter: “It’s mostly about the smell of the oil, my beard oil is hydrating + stimulating = softer, thicker beard.”

She ain’t kiddin’. Province Apothecary’s beard oil smells like smoky cedar with a hint of citrus (that’s the vetiver coming through). To paint you a picture: it smells like a lumberjack who just came in from the woods, outfitted in flannel, an axe slung over his shoulder. Oh, and he’s peeling an orange. So basically, Paul Bunyan holding a fruit bowl. (Forbidden fruit…?) I do not object to any man smelling like this. 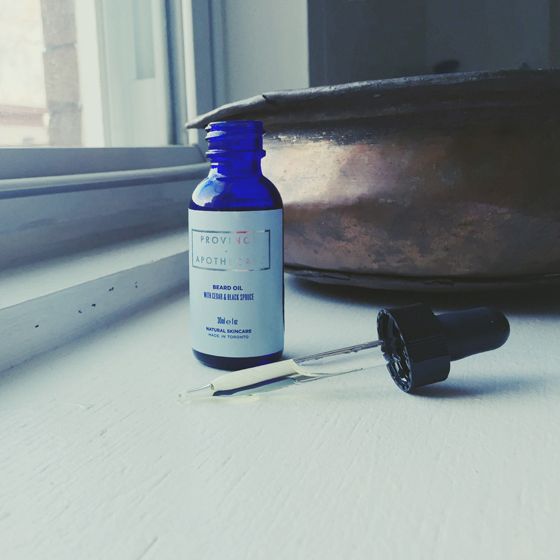 Here’s how the beard oil worked for our tester extraordinaire:

Day 1: JW is relatively psyched to begin his beard oil odyssey. He is caught off guard as to why the directions for Province Apothecary’s Beard Oil instruct him to add water to the mixture before applying. The label reads: “Mix 6-12 drops of Beard Oil with equal parts water in your palm and massage into beard and neck. Wait 2-5 minutes for oils to absorb.” I checked in with Darby from Province Apothecary about this, and she filled me in:

“It’s a good idea to add water to oil whenever you’re putting it on your body. It helps the oil penetrate your skin, and it also makes it easier to distribute the oil and spread throughout the beard. Oil absorb won’t absorb well on it’s own.”

Makes sense, right? That’s why so many body oils instruct you to apply it right after you get out of the shower, while skin is still damp.

And as a side note: I have smelled JW’s beard approximately ten times. And it is glorious.

Day 6: “Beard feels good. Feels fuller but that might not have anything to do with the oil.”

Final verdict: “Beard oil is dope. It made my beard feel better and grow better and it was awesome…and it smells good.”

BOOM. Thanks a million to JDubs, his beardliness, for being our first male “contributor” to Unsullied!

**The Province Apothecary Beard Oil was generously sent to me for review by the product manufacturer. Check out our policy on product reviews.
**Photo of JW taken by Jeff DiMarco.

Men, if you’re out there, do you use beard oil? Women: Do you know any dudes who ascribe to the beard oil philosophy?